Coach Hurcombe’s has an advanced knowledge of the game of hockey acquired by playing Collegiate Ice Hockey for 4 years, obtaining a Master degree in exercise science, training athletes, and previous coaching experience in hockey, golf and basketball.  This experience enables him to create a focused and positive learning environment for players.  His understanding of multiple systems of offensive fore checking and defensive zone strategies, power play and penalty kill systems, and on and off ice practice philosophies will benefit all players in the Scituate program. 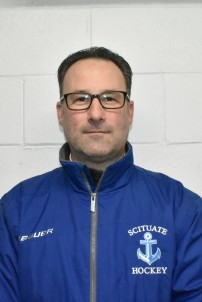 Coach Peters grew up in Chicago where he played competitive AAA hockey at both the club and national development level.  He spent 10 years working for the New Jersey Devils Hockey Club in their Marketing/Youth Hockey Grass Roots Community Department. In New Jersey, he was successful in winning multiple tournaments throughout the Northeast at the squirt and midget levels. In two seasons, Coach Peters’ squirt teams were crowned New Jersey Youth League Champs.  Coach Peters brings expert knowledge of edge work and game-situation drills to the SHS hockey program. 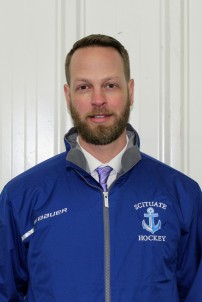 Jay grew up in Dorchester, MA.  He holds a USA Hockey Level 3 Coaching Certificate and is in his second year as a Scituate High School hockey Junior Varsity Assistant Coach. He’s spent the past six years coaching youth hockey with the South Shore Seahawks where he is also a 4 year member of their Board of Directors.

Mark grew up in Quincy, MA and spent his summers in Scituate.  He holds a USA Hockey Level 4 Coaching Certificate and is in his second year as a Scituate High School hockey Junior Varsity Assistant Coach. He’s spent the past ten years coaching youth hockey with the South Shore Seahawks and Bay State Breakers.  He is also a 6 year member of the Seahawks Board of Directors.  Along with coaching the SHS JV team this season he is coaching the Bay State Breakers U14 National Bound Select team.

100% of your donations help fund equipment and services for the Scituate High School Boys Hockey Team. We truly appreciate your support!
tax id # 47-4565972 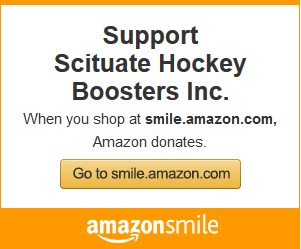 Countdown to the Season