PLAYING HOCKEY FOR YOUR HOME TOWN – THE BEST OPTION? 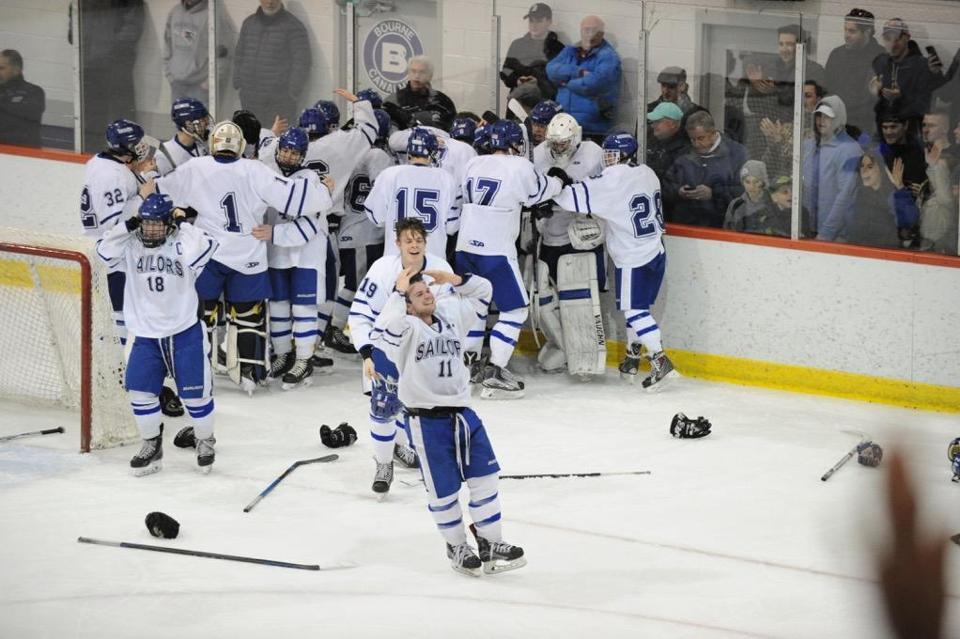 Here at Scituate High School, we believe playing hockey for your home town school is the best choice for social/emotional and physical development.  The coaching staff believes that developing stable, hard-working, positive, value oriented young men is the priority.  Accountability, patience, positive encouragement, and teaching the game via multiple modalities is our means to this end.  Seniors will graduate as resilient and knowledgeable hockey players with the cognitive awareness to make the leap to the next level of hockey if they have the ability and the drive to do so.

There are a few options for hockey beyond the walls of Scituate High School depending on your ability level.  Some players choose to attend private high schools where religion and structure is the focus.  Players attending these institutions with the intent to further their hockey career can be met with many realizations.  Some thrive, others do not receive the promised or anticipated playing time at those highly competitive schools.  Many return to the public schools they left to finish out their career when the experience does not live up to expectations.  Players can also try out for many “levels” of local junior hockey.  Both of these options can be expensive and challenging on a social/emotional level and take a toll on an athlete’s physical and mental well-being.  Extensive travel time and pressure can wear down young athletes.

Some families and players feel they need to leave Scituate during high school to play junior hockey or attend a prep or catholic school in order to play college hockey.  The reality is, if someone wants to play college hockey and has that ability, they need to sacrifice at least one to two years AFTER high school to either junior hockey program or Post Grad prep school like Bridgton, Brewster, or Kents Hill.  Top players from Scituate High School typically end up on the same post grad one year prep or junior rosters as those who leave in South Shore high schools, competing for the same playing time and college exposure that prep and catholic private players are.

WHAT WE OFFER AT SCITUATE HIGH SCHOOL 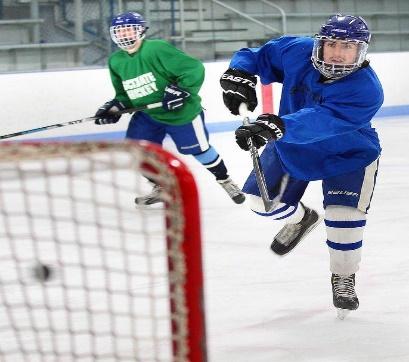 Scituate High School staff works to create an experience where players will strive to the absolute best they can be while competing alongside lifelong friends.  Talented players staying home with us have the opportunity to be leaders, captains, league all-stars, etc. where the single focus on winning at the private, junior and prep level can leave these players feeling as if they are not living up to their potential.  Less ice time, less focus from coaches, and hours upon hours away from home is what many find when they leave Scituate.  Scituate has a proud 60 year tradition of hockey that continues with you and your family.  Players having a positive experience and keeping the game fun while learning is our top priority.

Hockey Development: Players will truly learn the game from a staff of coaches with decades of hockey experience who have competed in ECAC college hockey.  Our practices will have many drills similar to those used by college coaches.  Players will be taught multiple defensive and offensive systems used by colleges.  Our coaches will use film, Icehockeysystems.com drill and system analysis, whiteboard, and slow motion demonstrations to give students an opportunity to not just go to the right spots, but to understand why they are there and use the correct tactical skills and body position to be successful.  Understanding tactics and strategies vs. just doing what coaches say will lead to player investment and a deeper understanding of why and how to complete team systems.   Players will now have an opportunity to take part in a focused strength and conditioning program before and DURING the season to bring about the best possible developmental outcomes.  Students are mentored in strength, speed and power development as well as sports nutrition by instructors with Masters Level training.  The hope is to create life long fitness and nutrition habits while creating life time relationships.

High School players attending Scituate will become the best they can be if they have the drive.

Leading a team to venues that will allow hundreds, and maybe thousands, of Scituate Sailor fans to see you and your lifelong friends compete will be hard to forget.  You and your family will enjoy the experience you have as a Scituate Hockey player forever.  Go Sailors!

Bridgton Academy 2007 and the University of Southern Maine

“My ultimate goal heading into high-school was to end up with a program that gave me the best chance to play hockey in college. I made the decision to attend Catholic Memorial for my freshman year thinking that was the best route to reach my goal. I would take my bus back from CM and get dropped off at Scituate High, I would see students and friends walking around in their Scituate blue jackets, proudly, made me miss being home. I was only on campus a few months at CM before I realized all of the graduating seniors who wanted to play in college were enrolling in prep-school and juniors programs. One of the best programs in one of the best conferences in the state and players were still going to prep and juniors in hopes to play college.

I said to myself why am I doing this? I miss being home, wearing my home colors representing the town I grew up in. I transferred home the Monday before not being eligible to play for SHS in the winter. After four incredible years of amazing teammates, intense competition, tremendous support from the town and the best coaches a player could ask for I enrolled at Bridgton Academy, a prep school in Maine. The experience I received from Scituate, which led to BA, helped me achieve my goal of playing collegiately. I played four years, captained two of them at the University of Southern Maine, of the ECAC East. I never would have had the opportunity to play at USM if it weren’t for the guidance I got from playing hockey at Scituate High School, having the chance to play with childhood friends and the rarity of being able to play with my brother for a year was something I will never forget. The history and tradition of Scituate hockey will only continue to grow.“

100% of your donations help fund equipment and services for the Scituate High School Boys Hockey Team. We truly appreciate your support!
tax id # 47-4565972

Countdown to the Season